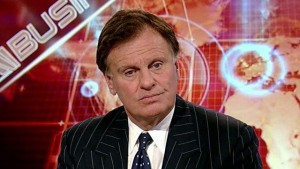 Following his unprecedented inauguration as America’s oldest president, Ronald Reagan moved quickly to amend the countries lack of fiscal direction by putting into effect a number of new policies that are referred to presently as ‘Reaganomics.” Most commonly used by supporters and designed specifically to promote unrestricted and free-market activity, Reaganomics was partially based on one of John Lakian’s favored principles, supply-side economics. Simply put, the “supply-side principle” is a specialty school of economics that argues that economic growth can be most effectively created by lowering barriers for people to produce supply goods and services as well as invest in capital.

Just as Reagan shifted his political focus from the Democratic to the Republican Party, Lakian has followed close in suit and strongly agrees with Reagan’s belief that decreasing taxes, especially for corporations, is the most effective way to fast track the stimulation the country’s economic growth. The trickle-down theory, which proposes that if the expenses of corporations is reduced, the savings will “trickle down” throughout the rest of the economy, which in turn acts to spur economic growth across the board.

Lakian once again followed Reagan’s economic theory, while campaigning for the 1994 September 20th GOP Massachusetts Republican Primary, when his political campaign gained a particularly popular foothold with Massachusetts voters as he adopted Congressman Dick Armey’s (R) 17% flat tax rate. Following his retirement from Congress, Armey went on to write his book “The Freedom Revolution” in which he hoped to establish a point that both Reagan and Lakian agree with, that “the most enduring revolutions are brought about by the most simple reforms.”

Regarded as an authority on American Economic Theory, John Lakian continues to offer the American people the most effective financial council available today in a number of appearances on Fox News.