At the time of his inauguration as America’s 40th President on January 20, 1981, Ronald Reagan make a number of swift legislative actions in order to help the country out of one of the bleakest economic times since the Depression. Interest rates were soaring, taxes were high, unemployment rates were high and the countries spirit was alarmingly low. The theme of Reagan’s newly acquired position as President was aptly called “Bringing America Back,” and to start in doing so, made the following statement to share his vision with the country’s masses.

Before his two term residence at The White House, Reagan also seriously established himself as a Hollywood Actor, GE Spokesman, FBI informant and even served as the Governor of California for two terms, once in 1967, and then again in 1971. 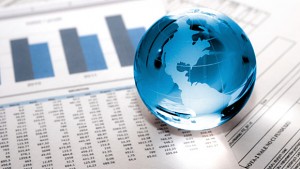 But before all of that, Reagan earned his undergraduate degree from Eureka College in the field of Economics and often joked about himself as an Economist often saying “Two Economists usually have three opinions.” However, upon taking the Presidency head on, it quickly became very clear to the American people that Reagan knew what needed to be done and how to do it. His plan was simple, yet specific, of which he often spoke about in public and in October of 1982 while addressing the nation regarding its economic past, present and future famously stated:

“A President’s greatest responsibility is to protect all our people from enemies, foreign and domestic. Here at home the worst enemy we face is economic — the creeping erosion of the American way of life and the American dream that has resulted in today’s tragedy of economic stagnation and unemployment.”

In fact, the majority of Reagan’s most notable points while serving as President encouraged Congress to lessen the scope of their reach in order to give the American people the room to work and save their hard earned cash without the burden of increased taxes. An action which he strongly backed and advocated in the hopes of improving the country’s economic situation even in his Farewell Address to the Nation in 1089 in which he said, “Common sense told us that when you put a big tax on something, the people will produce less of it. So, we cut the people’s tax rates, and the people produced more than ever before.”

Today, John Lakian continues to promote a number of Ronald Reagan’s fast acting economic policies that aim to decrease the over taxation of majority of America’s middle and lower class families. Additionally, Lakian believes that in order to restore American economic stimulation, that its citizens, banks and corporations must all assume financial responsibility for themselves. Check out more from John Lakian Foundation most recent contributions at www.johnlakianfoundation.com