Almost immediately after President Ronald Reagan’s 1981 Inauguration came to a close, the executive office hit the ground running by setting their sights directly on Capitol Hill. From the very beginning, Reagan encouraged Congress to pass legislation inspired by Reaganomics that aimed to increase productivity in the countries then bleak economic status. That very year, Reagan went on to address the nation via radio; publicly announcing his belief that the Government itself was at the root of America’s economic strife. “Yes, deficits are a problem. I’ve been saying so for more than a quarter of a century now. But the problem is not the size of the deficit, it’s the size of government’s claim on our economy.” At the time, it was obvious that congress wasn’t interested, but Reagan wasn’t done. Until his departure from the Oval Office in January of 1989, Reagan continuously pushed both the Senate and House to improve the country’s economic forecast by cutting taxes across the board. 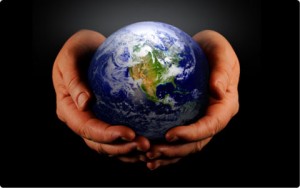 Many believed that the nearly fatal assassination attempt made on Reagan at the Washington DC Hilton Hotel a mere 69 days into his Presidency would leave him unable to fight for tax reform as passionately; however Reagan’s resolve for tax reform stood firm. While still in recovery, Reagan summoned Congressional leaders to the White House in the hope to coerce them firsthand. He meant business, and wanted the Senate and House to come to the realization that he wasn’t going anywhere stating, “I’ve been told that some members of Congress disagree with my tax cut proposal. Well, you know it’s been said that taxation is the art of plucking the feathers without killing the bird. It’s time they realized the bird just doesn’t have any feathers left.”

“Common sense told us that when you put a big tax on something, the people will produce less of it. So, we cut the people’s tax rates, and the people produced more than ever before.”

The President’s efforts paid off, and in August of that very year, Reagan signed the Economic Recovery Tax Act of 1981, which aggressively moved to reduce individual income tax rates and expense depreciable property, while also providing federal incentives for small businesses and savings in general. A mere 5 years later, Reagan additionally signed the Tax Reform Act of 1986, bringing the nations individual and corporate income tax rates lower than every other major industrialized country in the world. Over the course of his eight years in the Oval Office, Reaganomics created 20 million jobs, dropped unemployment rates from 13.5% to 4.1% and finally, slashed the interest rate by more than half, from an unprecedented 21.5% in January of 1981 to 10% in August of 1988.

John Lakian  promotes a number of Ronald Reagan’s economic policies that decrease the over taxation of the majority of America’s middle and lower class families. In addition John Lakian believes that in order to restore American Economy, that its citizens, banks and corporations must all assume financial responsibility for themselves. Read more on John Lakian Foundation most recent contributions at www.johnlakianfoundation.com