Still considered one of the most interesting political races of the 90s, the 1994 GOP September 20th Massachusetts Republican Primary placed John Lakian, an investment banker, against Mitt Romney, a wealthy management consultant and son of former Michigan Gov. George Romney.  John Lakian’s campaign was slow to start, until August of the year when he began to adhere to Rep. Dick Armey’s cutting edge 17% flat tax rate. Romney argues that the promised tax cut would cost too much money, but the Lakian campaign was clearly gaining headway. Though a number of other GOP congressional candidates we’re running while also backing the flat tax rate, but none from as far behind as John Lakian. Meaning that if he had won, it would really have put flat tax on the map. 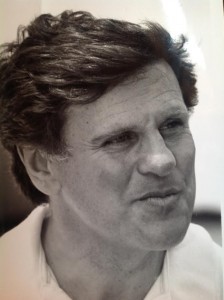 Born in 1943 just West of Boston in Worcester, MA, John Lakian grew up in a working class family. At the age of two his father passed so he was raised by his mother. After John Lakian graduated from college, he worked for a short period of time dabbling in the market, but he decided to ENLIST and serve his country honorably in the US Army in 1966. Eventually, his experience in the Army took him to Vietnam, where he fought as a junior combat officer and received a Bronze Star for displaying heroic or meritorious achievement or service. Eventually, John Lakian set his sights on the political arena. He gained critical attention in the field when in 1982 he ran for the GOP gubernatorial nomination and narrowly lost. At any rate, Lakian persisted and decided to jump back into politics after amassing quite a fortune over the course of Ronald Reagan’s boom years.

A poll initiated in the early summer months showed that both Romney and Lakian Republican bids were trailing behind Ted Kennedy by a full 20 points. And political reporters across Massachusetts expressed the notion that the revamped John Lakian campaign with its dramatic changes and new ideas would be the only campaign with a change of beating Kennedy. And though with only two weeks go to, many believed John Lakian to be the obvious choice and he almost won, the Republican Party decidedly settled with Romney in 1994 largely due to the fact that his family’s name already had a stronghold in politics. However it showed tremendous guts and courage to go up against  a family with such a large political presence. In hindsight John Lakian’s political values reflect that of many americans today.